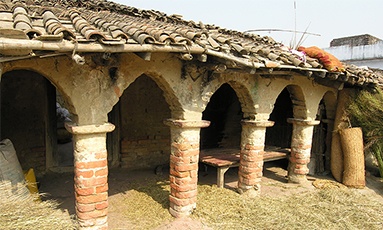 This is the second article in “What Bihar Needs” Series. In this article the author focuses on the imperative of entrepreneurship development for economic growth and prosperity of Bihar.

‘’The principle goal of education should be creating men and women who are capable of doing new things, not simply repeating what other generations have done’’ said Jean Piaget, a Swiss Psychologist known for his theory of cognitive development.

It is high time students of Bihar in the Coaching Bazaars of Patna and Delhi say good bye to their sub-national vocation of striving for a ‘’naukri’’ (job) in government departments; instead channelize their famous intelligence, intellect and energies on coming out with innovations to address the issue of abject economic backwardness of the state given per capita income of a Bihari is still about Rs 3,000 per month against national average of Rs 13,000 per month and Rs 32,000 per month of Goa. Bihar’s per capita GDP is at the bottom most among 33 states of India and compares with that of Mali.

All the glorious past of ancient times, rich culture and heritage, socio-political developments and fabled hardworking Bihari students who excel in cracking tough government services examinations notwithstanding the stark irony is ‘’a Bihari earns about Rs 3,000 per month in terms of per capita GDP’’. The unwarranted pride of the past and representation in the central government services has made Biharis turn their eyes away from the backwardness and assume themselves to the best thereby restricting the growth of the state.

Poverty is not a virtue! It’ not other’s responsibility either.

There is huge growth gap, no major industry. And, no one wants to invest in Bihar. Poverty is certainly not something to be proud of. Yet whole lot of young generation of Bihar is in everlasting quest of power (through civil service) and political enlightenment.

Why pick young generation of Bihari? Obviously because the older generations miserably failed in wealth creation. They were too occupied with the caste and feudal politics and in showing ‘path’ to others that they missed to instil the value of wealth creation, economic growth and entrepreneurship in their children. So, has the government with political executives too occupied with the arithmetic of the elections based on caste politics and the public servants with survival realities of everyday lives. In any case, the government, politicians and the government servants can act as mere facilitator.

Said one student, …but you know, everybody will laugh at me if I say I want to become a businessman or industrialist or entrepreneur. My parents will be heartbroken if I drop the preparation of UPSC’’. Well, choice is yours if you want to be wealthy and powerful or remain poor as a mere employee if at all you get an employment. And who is going to give you wealth if you do not want to earn it?

In view of social ridicule and parental disapproval, it takes courage and guts on part of a Bihari student to even admit that he/she would like to be an entrepreneur. Certainly, the path to successful entrepreneurship is full of risks and is not easy. Hence the case for a robust system to support, protect, promote and honour young entrepreneurs.

A pool comprising of right people such as proven entrepreneurs, industry experts and investors who could identify, support and guide the young entrepreneurs in business planning and operation and the eased procedures of regulators would go a long way. The state would need to create industry and business friendly social climate, good law and order, property rights and the ease of doing business.

More importantly, make entrepreneurs feel proud of their efforts and the contributions to the state. Must protect the entrepreneurs and their enterprise. Rewarding and honouring them would be very very helpful in sustainable economic growth and encourage those sitting on the fringe as well to join the engines of growth and development.

No! No politics please. It is not about capitalism and socialism, not about haves and have nots. It is proven much beyond reasonable doubts that ‘’innovation and entrepreneurship’’ is the only way out of poverty. Only ideology needed is that of ‘honesty’, ‘hard work’ and ‘wealth creation’.

‘’Being economically successful’’ MUST become the religion for everyone in Bihar. After all the gods too require money!

Entrepreneurship must become a social movement in Bihar. The top public figures of Bihar such as the ministers and the government servants should contribute by setting examples before the people by running even a small enterprise such as a canteen in the secretariat profitably.

Articles in “What Bihar Needs” Series:

I. What Bihar Needs is a Massive Revamp in its Value System

II. What Bihar Needs is a ‘Robust’ System to Support Young Entrepreneurs

III. What Bihar Needs is the Renaissance of ‘Vihari Identity’

This website uses cookies to improve your experience while you navigate through the website. Out of these, the cookies that are categorized as necessary are stored on your browser as they are essential for the working of basic functionalities of the website. We also use third-party cookies that help us analyze and understand how you use this website. These cookies will be stored in your browser only with your consent. You also have the option to opt-out of these cookies. But opting out of some of these cookies may affect your browsing experience.
Necessary Always Enabled
Necessary cookies are absolutely essential for the website to function properly. These cookies ensure basic functionalities and security features of the website, anonymously.
Functional
Functional cookies help to perform certain functionalities like sharing the content of the website on social media platforms, collect feedbacks, and other third-party features.
Performance
Performance cookies are used to understand and analyze the key performance indexes of the website which helps in delivering a better user experience for the visitors.
Analytics
Analytical cookies are used to understand how visitors interact with the website. These cookies help provide information on metrics the number of visitors, bounce rate, traffic source, etc.
Advertisement
Advertisement cookies are used to provide visitors with relevant ads and marketing campaigns. These cookies track visitors across websites and collect information to provide customized ads.
Others
Other uncategorized cookies are those that are being analyzed and have not been classified into a category as yet.
SAVE & ACCEPT
MORE STORIES
PEOPLE

Recounting An Encounter With A Roma – The European Traveler with...