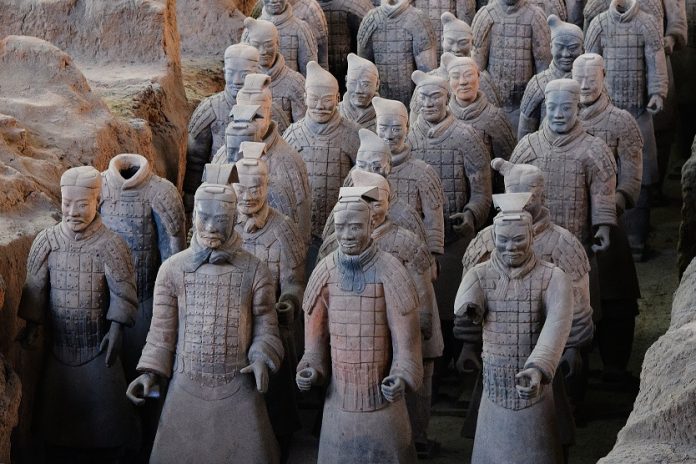 To an average Indian, the very mention of the word ‘Swadeshi’ reminds of India’s independence movement and nationalistic leaders like Mahatma Gandhi; courtesy collective social memory of the recent past. That is how I connected to Dadabhai Naoroji’s ‘drain of wealth theory’ and poverty and the world famous, non-violent, struggle for freedom against British economic colonialism, when I  accidentally happened to notice, way back in 2006, the metal plaque on the front of a building in central London mentioning ”Dadabhai Naoroji lived in this house” as a member of House of Commons.

India’s struggle for Independence was largely fought on the plank of ‘swarajya (self-rule) for swadeshi (made in India)’  and boycott of foreign made imported goods.

Swadeshi had become almost a sacred word that still evokes the emotion of nationalistic fervour and patriotism. But beyond emotional fervour, Swadeshi was a very sound economic principle. It was duly recognised so in action when economic self-reliance became key principle behind nation rebuilding in post-Independence India as reflected in large scale industrial development championed by Nehru as prime minister and more pertinently in ‘self-reliance in food production’ spearheaded by Indira Gandhi later on.

But come eighties India lost swadeshi to ‘globalisation and free trade’. This time, Britain had already ceased to be manufacturing hub and was no longer in search of markets.

A new form of colonialism was in offing and the new dragon master was silently super active in search of new markets for its manufacturing industries.

China has come a very long way from an impoverished nation of fifties to a ultra-rich neo-imperialist power of today that throws cheap loans to developing countries to build road, ports and railways to bring cheap china made products in the markets to sell.

And guess, where financial muscle or the wealth of China has come from ? You can still think of  Dadabhai Naoroji’s ‘drain of wealth theory‘.  No one would have noticed this had Chinese not thrown the blunder of mismanagement of Corona crisis. Fight against corona virus required large supply of masks, testing kits and other such items from China. Suddenly, everyone felt the pangs of dependence as all manufacturing industries are in China.  Suddenly, everyone notes that all developed countries are in total shamble with huge human and economic costs but China is largely unaffected and has actually gone strong.

Like many countries, India too turned into the ‘market’ of cheap Chinese products (to be precise, among the biggest market).

Indian local industries almost decimated due on competition from cheap Chinese products. Now, even deities of Ganesha and other gods are manufactured in China for worship in India. It is said the Indian pharmaceutical sector would collapse in a week if API import from China is stopped for a week. The recent ban on phone apps is not even tip of the iceberg.

Once again India has turned into market of foreign made goods but this time it was not a democratic Britain but a so-called communist China.

History has repeated itself without anyone noticing. But how everyone got lost in the gaga of globalisation ?

Indian Political parties and politicians across the spectrum were probably too occupied in discovering new techniques of staying in power and winning elections while their Chinese counterparts burnt mid-night oil in meticulous planning for nation building and consolidating China’s position in the world.

Never mind, now we have ‘Atma Nirbhar Bharat‘, that is, ‘Self-Reliant India’. But India has certainly come a full circle.

Looking at how the ‘drain of wealth theory’ has been ignored by his successors, Dadabhai Naoriji would have turned in his resting place.

From ‘’Whether Aid Works’’ to ‘’What Works’’: Finding Best Ways to Fight Poverty

This website uses cookies to improve your experience while you navigate through the website. Out of these, the cookies that are categorized as necessary are stored on your browser as they are essential for the working of basic functionalities of the website. We also use third-party cookies that help us analyze and understand how you use this website. These cookies will be stored in your browser only with your consent. You also have the option to opt-out of these cookies. But opting out of some of these cookies may affect your browsing experience.
Necessary Always Enabled
Necessary cookies are absolutely essential for the website to function properly. These cookies ensure basic functionalities and security features of the website, anonymously.
Functional
Functional cookies help to perform certain functionalities like sharing the content of the website on social media platforms, collect feedbacks, and other third-party features.
Performance
Performance cookies are used to understand and analyze the key performance indexes of the website which helps in delivering a better user experience for the visitors.
Analytics
Analytical cookies are used to understand how visitors interact with the website. These cookies help provide information on metrics the number of visitors, bounce rate, traffic source, etc.
Advertisement
Advertisement cookies are used to provide visitors with relevant ads and marketing campaigns. These cookies track visitors across websites and collect information to provide customized ads.
Others
Other uncategorized cookies are those that are being analyzed and have not been classified into a category as yet.
SAVE & ACCEPT
MORE STORIES
ECONOMY