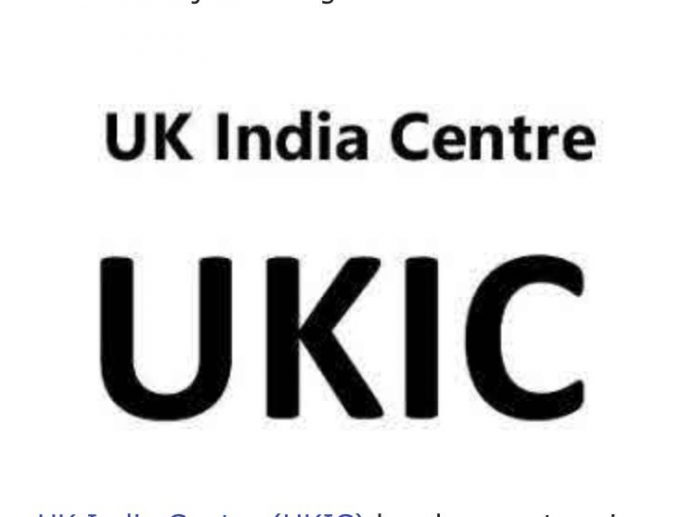 A private sector organisation namely UK-India Centre (www.UKIndiaCentre.com) has been set up in United Kingdom to help businesses, organisations and individuals of United Kingdom and India work together, build and sustain a prosperous relationship benefiting stakeholders of both countries.

India and the UK has strong societal links. There are about 1.6 million Indians in the UK making them the single largest ethnic group.  The British Indian community is the sixth largest in the Indian diaspora. India is Second most common nationality of National Health Service (NHS) Staffs. In terms of study, the UK stands second as the most preferred destination for students. Indian students are the third largest group of international students in the UK.

On trade and investment side, India’s trade with UK has grown from USD 5 billion in 2001 to USD 11 billion in 2017. The size of India’s economy, now the world’s fifth largest (IMF, 2019), makes it an attractive market for UK exporters. Trade between the UK and India totalled more than £20 billion in 2018. UK is the 4th biggest investor in India with FDI of USD 26 billion flowed in India during April 2000 – December 2017. Conversely, India is the 3rd largest investor in UK and has emerged as the 2nd largest international job creator with Indian companies having created over 110,000 jobs in the UK. The defence ties between the two countries are multi-faceted as highlighted by the recent visit by Defence Minister Rajnath Singh to the UK in 2020.

UK India Centre (UKIC) has been set up in this background as a company registered in England with a mission is to promote businesses, organisations and individuals of United Kingdom and India work collaboratively building and sustaining a prosperous relationship benefiting stakeholders of both countries. UKIC aims to convene experts, professionals and participants from relevant fields concerning UK and India to exchange ideas and information and to explore solutions to critical challenges concerning UK and India; to help people from industries and academia of UK and India to converge and collaborate and to understand each other’s perspective thereby providing meaningful solutions to various problems and issues; to help in networking and building relationships among stakeholders of both countries; to recognise achievements and confer awards; to conduct research, analyse and provide advisory services (through UKIC’s research arm India Observatory) to arrive at winning strategic decisions for our clients and to publish periodicals (viz. Indian Review) and news portal The India Review (TIR) to disseminate and review information and updates on India and UK.

The role of UKIC, especially in the fast-emerging current climate of post BREXIT scenario when UK is finding hard to strike a reasonable trade deal with EU has become very pertinent. Umesh Prasad, the founder of UKIC recollects, ‘’I remember casting vote in BREXIT referendum one evening in 2016 after returning from work and wondering how UK’s relation with non-EU world will be impacted by the outcome of referendum. And, here we are now with the news headlines today that ‘’PM Borris Johnson says UK wants EU trade deal but not ‘at any cost’ ‘’ and ‘’UK PM Boris Johnson accepts India’s invite to be chief guest at Republic Day celebrations’’. This may very well be the signals of the days to come. Perhaps, UK’s engagements with the non- EU countries will increase in the days to come. In such scenario, there may be a renewed emphasis on India (vis-a-vis China) for symmetry of interests and historical reasons. I hope things will further evolve in such a way that it becomes imperative for both UK and India to enhance mutual engagements. UKIC, under my leadership will certainly do the best to live up to the occasion’’ in providing a suitable platform for the stakeholders to converge and collaborate ‘’.

IINDIA AND THE WORLD

IINDIA AND THE WORLD

Where is Nepal’s Relation with India Headed to?

This website uses cookies to improve your experience while you navigate through the website. Out of these, the cookies that are categorized as necessary are stored on your browser as they are essential for the working of basic functionalities of the website. We also use third-party cookies that help us analyze and understand how you use this website. These cookies will be stored in your browser only with your consent. You also have the option to opt-out of these cookies. But opting out of some of these cookies may affect your browsing experience.
Necessary Always Enabled
Necessary cookies are absolutely essential for the website to function properly. These cookies ensure basic functionalities and security features of the website, anonymously.
Functional
Functional cookies help to perform certain functionalities like sharing the content of the website on social media platforms, collect feedbacks, and other third-party features.
Performance
Performance cookies are used to understand and analyze the key performance indexes of the website which helps in delivering a better user experience for the visitors.
Analytics
Analytical cookies are used to understand how visitors interact with the website. These cookies help provide information on metrics the number of visitors, bounce rate, traffic source, etc.
Advertisement
Advertisement cookies are used to provide visitors with relevant ads and marketing campaigns. These cookies track visitors across websites and collect information to provide customized ads.
Others
Other uncategorized cookies are those that are being analyzed and have not been classified into a category as yet.
SAVE & ACCEPT
MORE STORIES
IINDIA AND THE WORLD

Where is Nepal’s Relation with India Headed to?