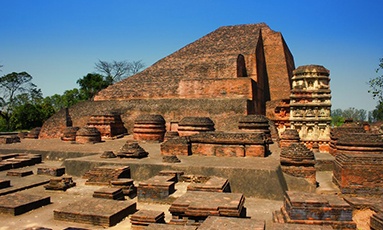 The Indian state of Bihar is historically and culturally very rich however does not stand so well on economic prosperity and social well being. The author traces origin of the economic backwardness of Bihar to its value system and proposes revamping it for desired goal of economic growth.

Situated in the north eastern part of India, the state of Bihar derives its name from Vihar – the Buddhist monastery. In the ancient period, it was a great seat of power and learning. Great thinkers and historical personalities such as Gautama Buddha, Mahavir and Emperor Ashoka made a huge difference in the lives of the people. Gandhi first tested his Satyagraha technique in Bihar while protesting against the British policy of indigo plantation. One may argue that Bihar has been the intellectual and political powerhouse of India – from the Buddha, the great rulers of Maurya and the Gupta dynasties of ancient times to Gandhi and J.P. Narayan in modern period, Bihar has influenced and shaped history.

However, all may not be good with Bihar now. “Whilst the Bihar calamity damages the body, the calamity brought about by untouchability corrodes the very soul ”said Mahatma Gandhi whilst talking about the caste system. Flood is a regular annual trouble even today. So is feudalism and caste system albeit a bit toned down since the days of Mr Gandhi which is probably best reflected in the comment “I’ve not given them (the poor people of Bihar) heaven, but I’ve given them a voice’’ by the former chief minister Mr Lalu Yadav.

Economically, Bihar still remains among the poorest state in India with very dismal growth in business and industry. Indicators of economic and human development performance of Bihar – per capita GDP, total GDP size, agriculture, zamindari, entrepreneurship, industrial growth, unemployment, migration for education, employment to other states, population density, health, education and governance – each of these are areas of concern requiring careful considerations.

There is a lack of strong sub national culture as well. Caste (closed endogamous social group ranked in social spectrum based on ritual purity and pollution) affiliation and bonding largely determine social relationships and is a strong source of political power.

What is the value system of people of Bihar? What are the beliefs among the people that something is good and worth striving for? What are things worth having and worth achieving? What do they like to do in life? Ask any youth and the answers most likely would be Superintendent of Police, District Magistrate, Member of Legislative Assembly, Member of Parliament, Minister, or even mafia. You are unlikely to come across anybody who would wish to become an industrialist or a business man. Almost everybody is in pursuit of power, influence and social recognition – an official car with the red beacon light. A permanent government job is what youths are after.

To help achieving these, there is a thriving coaching industry which provides training to the aspirants for admission tests and specialised coaching for recruitment tests for civil services, banking and other public sector government jobs. There are about 3,000 private coaching institutes in the state capital Patna alone. According to an estimate, the annual turnover could be around £100 million which is significant for a state with per capita GDP of £435 (2016-17).

What can these be attributed to? Education as a process of acquisition of knowledge and skills required for a role notwithstanding, this looks more like an attempt to break the barrier of closed social stratification system by way of bridging economic disparity and caste discrimination. It looks more as a response to elements of an extant feudal system. As a result, people value power over other social groups. Recognition is cherished.

Risk taking, innovation, entrepreneurship and successes in business and industry are not ranked highly in the value system hence not aspired for in general. Probably, this is at the core of the economic backwardness of Bihar.

There are evidences linking social values to entrepreneurship, economic growth and prosperity. Max Weber had theorised that capitalism historically could not have evolved in India and China largely because of ”other worldly” religious ethos of Hinduism and Buddhism respectively. In his book “The Protestant Ethic and the Spirit of Capitalism” he established how the value system of the protestant sect led to a rise in capitalism in Europe. The economic success story of South Korea is also a case in point. These are the instances of religious values reinforcing personal drives to economic and material successes.

Society should encourage and reward members who take risks identifying and creating innovative solutions to satisfy the needs and demands of the population. The part of the wealth thus created by the businesses and industries is collected by the state in the form of revenue which in Kautilya’s words ”is the backbone of administration”. The society of Bihar apparently has shifted its focus away from the functional prerequisite of ”economic production and exchange of goods and services” and ”wealth creation”.

Like England, Bihar needs to become a ”nation of shopkeepers” but before this, ”becoming shopkeeper” needs to be cherished and valued by the people of Bihar. The value of wealth creation will require inculcating democratic principles, tolerance and respect for the rule of law as a part of primary socialisation and education.

Articles in “What Bihar Needs” Series:

I. What Bihar Needs is a Massive Revamp in its Value System

II. What Bihar Needs is a ‘Robust’ System to Support Young Entrepreneurs

III. What Bihar Needs is the Renaissance of ‘Vihari Identity’

This website uses cookies to improve your experience while you navigate through the website. Out of these, the cookies that are categorized as necessary are stored on your browser as they are essential for the working of basic functionalities of the website. We also use third-party cookies that help us analyze and understand how you use this website. These cookies will be stored in your browser only with your consent. You also have the option to opt-out of these cookies. But opting out of some of these cookies may affect your browsing experience.
Necessary Always Enabled
Necessary cookies are absolutely essential for the website to function properly. These cookies ensure basic functionalities and security features of the website, anonymously.
Functional
Functional cookies help to perform certain functionalities like sharing the content of the website on social media platforms, collect feedbacks, and other third-party features.
Performance
Performance cookies are used to understand and analyze the key performance indexes of the website which helps in delivering a better user experience for the visitors.
Analytics
Analytical cookies are used to understand how visitors interact with the website. These cookies help provide information on metrics the number of visitors, bounce rate, traffic source, etc.
Advertisement
Advertisement cookies are used to provide visitors with relevant ads and marketing campaigns. These cookies track visitors across websites and collect information to provide customized ads.
Others
Other uncategorized cookies are those that are being analyzed and have not been classified into a category as yet.
SAVE & ACCEPT
MORE STORIES
CULTURE