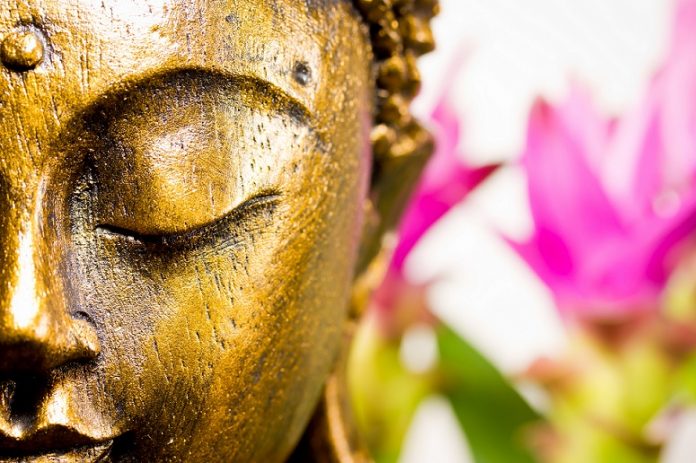 Religion has no fixed definition however it may be construed as a unified system of beliefs and practices involving omnipotent god, prophet(s), a holy book, central dogma, church, sacred language etc. Abrahamic faiths are codified and are religions by the books.

This may not be the case with Hinduism. It’s not codified. There is no single faith nor a single fixed holy book nor any fixed dogma. Apparently, Hindus are not believers; they are seekers of moksha or liberation from Sansara, the endless repeating cycle of birth, life, death and rebirth. They seek solution to the problem of Sansara.

Every living creature has an Atma, an indestructible permanent soul which changes body after every death and undergoes endless cycle of births and deaths. Each life an individual has to face sufferings. Quest is to seek a path to liberate oneself from the cycle of rebirths. In Hinduism the path to liberation is directly experiencing the permanent self and merging Atma the individual soul with Parmatma the universal soul.

After renouncing family and throne, Buddha in his early days as seeker of truth, tried this to seek solution to Sansara but the transformative experience eluded him. Even the extreme self-denying penances did not help him achieve liberation. Hence, he gave up both approaches – neither self-indulgence nor extreme self-mortification instead he adopted the middle path.

Moderation became his new approach in pursuit of liberation. He meditated and examined realities of internal and external worlds. He found everything in the worlds are constantly changing and are in perpetual flux – physical material form, character, mind, sensation, our consciousness all are fleeting. There is not a single point that is not changing. Something like Heisenberg’s uncertainty principle in quantum mechanics. This realisation that nothing is fixed or permanent led Buddha to conclude that the concept of permanent or independent soul atma is invalid.

Buddha denied existence of intrinsically independent entity. (So, no concept of creation in Buddhism. We all just manifest). He further said, the idea of permanent soul is the root cause of problem because it made people selfish and self-centred. It created cravings and enslaved people to fleeting earthly concerns thus keeping people trapped in Sansara.

According to Buddha, the first thing in the path of liberation is to get rid of deep-seated delusion of permanent soul. ‘’I’’, ‘’me’’ or ‘’mine’ are fundamental causes of suffering (which is not just illness or old age but the persistent disappointments and insecurities of life) arisen out of delusion of permanent self. Getting rid of this delusion by rediscovering one’s non-self nature is the key to overcoming suffering. He said ‘’If we could extinguish the delusion of self we will see things they truly are and our suffering will end. We have the capacity to take control of our lives’’. He argued for permanently rooting out craving, ignorance and delusion thus breaking free from samsara. This is the way to attain liberation of mind or Nirvana which is experienced directly from within.

Buddha’s Nirvana or liberation was open to all in theory but many found it difficult to afford time so he offered a hope to such people by reformulating Hindu concept of Karma. Karma referred to significant action which improve the quality of life in next life. Traditionally, it was synonymous with rituals and actions performed by priests on behalf of higher castes. Lowest caste people had little prospects of improving their next lives through this ritual form of karma.

Buddha changed karma from ritual action to the thought and intent of the action. The people now had a choice of doing good. The intent of the action was more important than the action itself. If you thought well and your intention was good this could change your destiny. He took the karma from the hands of priests who were practicing and gave in the hands of common people. Caste, class and gender were irrelevant. Everybody had the choice and freedom to improve and become a good person. His concept of karma was liberating. Everyone stuck in the cycle of samsara had a chance to improve the quality of their rebirth.

Buddha’s concept of karma offered common people a way to better moral life. He revolutionised ethics. We no longer could blame any external force like god for our decisions. We were entirely responsible for our own moral conditions. The buck stops with us. ‘’Be your own lamp, seek no other refuge’’ he said ‘’You don’t have to be a victim but master of your own fate’’.

No sacred language, no dogma, no priest required, even god is not necessary, Buddhism sought truth and challenged religious orthodoxy. This led to rationality overriding superstition and belief. Buddha insisted on absolute value of compassion but his biggest contribution to humanity is in his reformulation of karma. Now it became possible for people to take good actions without necessarily endorsing or agreeing on a religious world view.

He explained how to behave no matter there is god or not. This is something extraordinarily relevant for a modern world ridden with conflicts and violence.

The author is an alumnus of the London School of Economics and a UK based former academic. The views and opinions expressed on this website are solely those of the author(s) and other contributor(s), if any.

Emperor Ashoka’s Choice of Rampurva in Champaran: India Should Restore the Original Glory of This Sacred Site as Mark of Respect

This website uses cookies to improve your experience while you navigate through the website. Out of these, the cookies that are categorized as necessary are stored on your browser as they are essential for the working of basic functionalities of the website. We also use third-party cookies that help us analyze and understand how you use this website. These cookies will be stored in your browser only with your consent. You also have the option to opt-out of these cookies. But opting out of some of these cookies may affect your browsing experience.
Necessary Always Enabled
Necessary cookies are absolutely essential for the website to function properly. These cookies ensure basic functionalities and security features of the website, anonymously.
Functional
Functional cookies help to perform certain functionalities like sharing the content of the website on social media platforms, collect feedbacks, and other third-party features.
Performance
Performance cookies are used to understand and analyze the key performance indexes of the website which helps in delivering a better user experience for the visitors.
Analytics
Analytical cookies are used to understand how visitors interact with the website. These cookies help provide information on metrics the number of visitors, bounce rate, traffic source, etc.
Advertisement
Advertisement cookies are used to provide visitors with relevant ads and marketing campaigns. These cookies track visitors across websites and collect information to provide customized ads.
Others
Other uncategorized cookies are those that are being analyzed and have not been classified into a category as yet.
SAVE & ACCEPT
MORE STORIES
ART