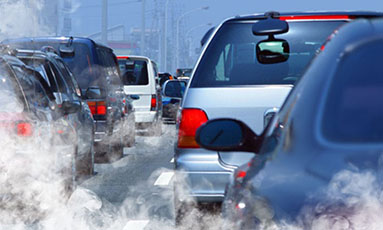 ‘’Why India cannot solve the problem of air pollution in Delhi? Is India not very good in science and technology’’ asked my friend’s daughter. To be honest I could not find a convincing answer to this then.

India has highest air pollution levels in the world. Air pollution levels in big cities in India far exceed the recommended air quality standard of WHO. The capital city of Delhi is possibly worst affected. Needless to say, this has huge adverse impact on population health and is significantly correlated with high morbidity and mortality especially due to respiratory diseases.

In desperation, people of Delhi are trying facemasks and buying air purifiers to beat the frightening level of pollution – unfortunately neither is effective because air purifiers work only in totally sealed environment and average facemasks cannot filter out deadly tiny micron particulate matters.”

The measures taken by the central and the state governments have unfortunately failed miserably so far to deliver this public good and safe healthy air to breathe for people seems to be a distant dream.

To set the record straight in the beginning, air pollution is no natural calamity. The factors responsible are straight away ‘man-made’ activities or rather mis-activities.

Come November every year the crop stubble burning by the farmers in India’s agricultural ‘breadbasket’ Punjab and Haryana situated in the upstream wind becomes talk of the town. The green revolution in this region provides India her much needed food security ensuring annual production of wheat and rice is adequate enough to feed ever growing population.

For efficient farming, farmers have adopted mechanised combine harvesting which leaves more crop residue on the farms than traditional methods. Farmers soon burn this crop residue in preparation of subsequent crop planting. Smoke emitted by these agricultural fires contribute to air pollution in Delhi and rest of Indo-Gangetic plains. There is a case for improvement in harvesting technique which is very capital intensive.

Apparently, there is not much scope of manoeuvrability largely due to the fact that nation’s food security is something too important to think tempering with. India’s population growth is unabated, expected to surpass China in 2025. Continuing ensuring food security for the people seems to be an imperative.

The vehicular density in Delhi is indeed worrisome. The number of registered motor vehicles in Delhi currently is about 11 million (of which over 3.2 million are cars). The figure was 2.2 million in 1994 thus the number of vehicles on Delhi road has registered a growth rate of about 16.6 % per annum. According to an estimate Delhi now has about 556 vehicles per one thousand population. This is despite significant improvement in public transport system in the recent past due largely to effective Delhi Metro services and growth in taxi aggregator services like Uber and Ola.

Motor vehicles are major sources of air pollution in Delhi contributing to over two-thirds of the air pollution. On top of this, while total length of motorable road in Delhi has remained more or less same, the total number of motor vehicles per km motorable road in Delhi has increased manifold leading to traffic jams and consequent loss of manhours at work.

Possibly the reason behind this is psychological in nature in the sense that the people tend to buy motor vehicles to improve their social status, a flawed thinking resulting in very adverse societal cost.

Obviously, rationing and restricting number of private motor vehicles on road should be central policy focus simply because this segment contributes the most in air pollution and there is absolutely no justification in terms of public good. But this step is likely to be hugely unpopular hence the lack of political will. The automobile industry lobby would not like this to happen either.

One may argue that such a step is inconceivable in a functioning democratic polity like India. But ‘’high morbidity and mortality due to severe air pollution is certainly not ‘’for the people’’ hence undemocratic.

Irony is there are no shortcuts. What needs to done first is to control the major sources of air pollution. This would not be possible without political will and support of the people. Looks like this is such a taboo that none seems to be even advocating this.

“The legislations are weak, monitoring is weaker and enforcement is weakest” said TSR Subramanian Committee while reviewing existing environmental regulation in India. The political masters need to wake up and take responsibility ‘’for the people’’ and actively work towards mitigation of human and economic burden of air pollution and traffic jams.

This website uses cookies to improve your experience while you navigate through the website. Out of these, the cookies that are categorized as necessary are stored on your browser as they are essential for the working of basic functionalities of the website. We also use third-party cookies that help us analyze and understand how you use this website. These cookies will be stored in your browser only with your consent. You also have the option to opt-out of these cookies. But opting out of some of these cookies may affect your browsing experience.
Necessary Always Enabled
Necessary cookies are absolutely essential for the website to function properly. These cookies ensure basic functionalities and security features of the website, anonymously.
Functional
Functional cookies help to perform certain functionalities like sharing the content of the website on social media platforms, collect feedbacks, and other third-party features.
Performance
Performance cookies are used to understand and analyze the key performance indexes of the website which helps in delivering a better user experience for the visitors.
Analytics
Analytical cookies are used to understand how visitors interact with the website. These cookies help provide information on metrics the number of visitors, bounce rate, traffic source, etc.
Advertisement
Advertisement cookies are used to provide visitors with relevant ads and marketing campaigns. These cookies track visitors across websites and collect information to provide customized ads.
Others
Other uncategorized cookies are those that are being analyzed and have not been classified into a category as yet.
SAVE & ACCEPT