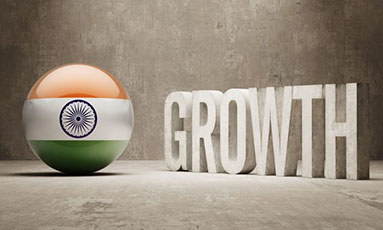 Dr Manmohan Singh is most famously known as the first Sikh prime minister of the world’s largest democracy, India. There are many more facets of Dr Manmohan Singh which are largely unknown to the public. Dr Singh was born in undivided India (before the partition of India into Pakistan) to Gurmukh Singh and Amrit Kaur in Gah, Punjab.

After the partition of India in 1947 when India gained independence, his family moved to the holy city Amritsar in state of Punjab in Northern India where he spent most of his childhood. He was raised by his paternal grandmother after the untimely demise of his mother when he was just a child. Growing up in a small village in Punjab in the 1940s, with no electricity and the nearest school being miles away, did not deter this young boy from education as he continued to walk these miles and kept studying under dim light of a kerosene lamp. Despite these adversities that he faced at a very young age, he was a bright student, always in the top of his class winning laurels and scholarships throughout his academic career.

After completing his graduate and post graduate studies at the famous and respectable Punjab University in Chandigarh, India, he went on to pursue a second masters in economics at Cambridge University in the United Kingdom, also on scholarship. Subsequently, he pursued his doctoral studies at Oxford University in UK. His doctoral thesis titled ‘India’s export performance, 1951–1960, export prospects and policy implications’ won him several prizes and honours and only strengthened his articulation for the economic situation in India. Extremely shy by nature, this boy became a favorite of the teachers and professors at Cambridge and Oxford.

After receiving praises and accolades in the UK, Dr Manmohan Singh returned to India to his roots in Amritsar and started teaching at a local college. However, this bright and intelligent man was meant for greater things in life. During his subsequent stint at the United Nations Conference on Trade and Development under the famous economist Raul Prebisch, Dr Manmohan Singh got an offer teaching at the reputed Delhi School of Economics in India’s capital city of New Delhi. Patriotic it may sound, he decided to return to India to which Raul Prebisch even taunted him saying he was making a foolish mistake by giving up a job which is a dream for economists.

Undeterred, he returned to India and soon in the 1970s he became the first choice for the posts of economic advisory to the Prime Minster of India. This led to him becoming the Chief Economic Advisor, Head of Planning Commission and later Governor of the highly regarded and important Reserve Bank of India. It was very interesting how from being an economist he started his political career when he became the Finance Minister of India under late Prime Minister P. V. Narasimha Rao In June 1991.

It would not be incorrect to state that during this time in 1991, economy of India was in huge turmoil. There was minimal economic growth in majority of sectors especially the manufacturing sector which is very crucial. The job market was at its lowest point and employment rates were in negative. The economy of democratic India was in total unbalance as the fiscal deficit was close to 8.5 percent of the GDP (gross domestic product) of the nation. Simply said, India was facing a huge economic crisis and it was extremely challenging for any economist to bring back the economy to the right track. Hence, huge responsibility fell onto Dr Manmohan Singh’s shoulders. As a brilliant economist with immense knowledge, he explained to then then Prime Minster that the Indian economy was facing an unprecedented crisis and it would collapse if it’s not deregulated, which the PM gladly agreed to.

Dr Singh adopted the policy of ‘Liberalisation, Privatization and Globalization’ and started the integration of India’s economy with the world. The steps which he took included elimination of permit raj, reduction of state control on the economy, reduction of high import taxes leading to the opening up of the nation to the outside world. He has the onus of transforming India’s economy from socialist to more capitalistic. Public sector companies were made open to privatization and he cleared the path for Foreign Direct Investment (FDI).

These steps not only provided a boost to India’s economy but also promoted globalization. These economic reforms proudly headed by Dr Singh are now an indelible part of India’s economic past and making India as world’s largest democracy. Such was the impact and reach of the reforms spearheaded by him that the entire nation stood by him when he was chosen to become the Prime Minster of India. This man, with no political background, but possessing immense capability, worldly knowledge and approach to drive a nation to success, was the chosen one in year 2004.

During his tenure which spanned a decade from 2004 till 2014. Dr Singh’s government achieved significant milestones and his personal control is remarkable. He is the only prime minster under whom the nation’s economy enjoyed a sustained annual GDP growth rate of 8percent over a period of eight years. Apart from China, no other economy has touched this sort of growth rate.

During the global recession of 2008, Indian economy was stable and largely unharmed due to his solid policies. He took many landmark decisions and the ones which stand out as historic are NREGA, RTI and UID. The NREGA (National Rural Employment Guarantee Act, 2005) guaranteed minimum wage to the poorest section of society and helped improve people’s lives. The extraordinary RTI (Right to Information Act, 2005), which is the undisputed and single powerful tool to get information in order to tackle corruption. Once this act was introduced, it is an important and inseparable part of millions of citizens of India. Finally, the UID (Unique Identification) which promised to be a universal database of citizens and would help in availing the many benefits of the government.

Dr Singh is not only very highly educated, but he had vast administrative experiences in various governmental positions with direct personal involvement in policy making before he stepped in at the Prime Minster. Dr Singh, a man of few words, a simple person with high intellect was a messiah for the nation’s economy. He will go down in history as the most qualified Prime Minister who fulfilled electoral promises, brought reforms and stablished India’s economy under his multifaceted leadership.

This website uses cookies to improve your experience while you navigate through the website. Out of these, the cookies that are categorized as necessary are stored on your browser as they are essential for the working of basic functionalities of the website. We also use third-party cookies that help us analyze and understand how you use this website. These cookies will be stored in your browser only with your consent. You also have the option to opt-out of these cookies. But opting out of some of these cookies may affect your browsing experience.
Necessary Always Enabled
Necessary cookies are absolutely essential for the website to function properly. These cookies ensure basic functionalities and security features of the website, anonymously.
Functional
Functional cookies help to perform certain functionalities like sharing the content of the website on social media platforms, collect feedbacks, and other third-party features.
Performance
Performance cookies are used to understand and analyze the key performance indexes of the website which helps in delivering a better user experience for the visitors.
Analytics
Analytical cookies are used to understand how visitors interact with the website. These cookies help provide information on metrics the number of visitors, bounce rate, traffic source, etc.
Advertisement
Advertisement cookies are used to provide visitors with relevant ads and marketing campaigns. These cookies track visitors across websites and collect information to provide customized ads.
Others
Other uncategorized cookies are those that are being analyzed and have not been classified into a category as yet.
SAVE & ACCEPT
MORE STORIES
PERSONALITY